Hsving decided I do indeed want to get back into tea blogging, I have likewise decided that the best place to do so is over with the good people of TeaTrade. Henceforth all tea-related posts can be found at http://joiedetea.teatra.de - I'd love it if you followed me over there (and checked out the other wonderful tea blogs and discussion and marketplace to be found on the site), but no hard feelings if not.

Thanks for coming along thus far and I hope to see you on TeaTrade!
Posted by Veri-Tea at 1:13 pm 6 comments:

The taste of failure...

...is unbelievably bitter, astringent and, on an empty stomach, head-spinning. Yes, that is what the failure to brew a cup of sencha PROPERLY tastes like.

Not just any sencha either, dammit. A Darjeeling sencha from Badamtam estate, very kindly sent to me by the lovely people at Lochan Tea. I've never had a Darjeeling sencha before. It looks very like a deep steamed Japanese one, dark green leaves like fine needles. So naturally I brewed in the way I normally brew sencha these days... A tablespoon of leaves, boiling water, multiple short steeps.

Well. This method works beautifully for Japanese greens, and really pulls the most out of Australian sencha too... But it was an absolutely abject failure for the Badamtam. I haven't had such an appallingly bitter cup of tea in a while, especially not one I've made myself.* So I shall try again; less leaf, cooler temperatures... Hopefully I'll be able to work it out before I use up all my sample.

I still drank the tea, though, undrinkable though it seemed on first sip. Self-flagellation? Well, maybe a little, but once I'd got past the grimace-inducing taste of the alkaloids, that same astounding sweetness that sencha has was still there. So it was worth it, in the end.

*a notable example at another establishment was a pot of Earl Grey at Trunk; I cannot even begin to imagine what they did to it to make it so vile. I suspect a ritual circle of black magic, worked by coffee-drinking tea-haters, may have been involved.
Posted by Veri-Tea at 3:08 pm 10 comments:

I have a tendency to desperately crave teas I don't keep on hand very often, usually of the rich Irish Breakfast or strong (but complex) Assam variety.

I found one in an unlikely spot, on holiday a couple of weeks ago - we were staying in Apollo Bay but made a day trip to Lorne where we stopped in at the River Tea House for lunch. I ordered a pot of the Jamira Estate Assam and it was so good I bought a packet to bring home. I should, in fact, have bought two or three because I have gone through nearly 100g of it in just over two weeks (with a bit of help from Tennant).

It is fruity, extremely puckery if oversteeped, malty and strong and sweet in the aftertaste, with a powerful wake up kick. I love it. It does tend to need milk to smooth it out but hey - in this autumn weather that's just the kind of tea I like. I'm having trouble going for green tea at the moment; although I usually enjoy it once it's made, I can't enthuse myself about it quite as much as I can in the warmer weather.

A google search for 'jamira estate assam' does not bring up any particularly detailed or indeed cheerful information about the estate. Workers' deaths and a cholera outbreak (it's not clear how recent). A depressing reminder that the tea that I enjoy so much does come with a lot of hidden costs.
Posted by Veri-Tea at 9:00 am 3 comments:

Perhaps a tea of fresh mint from the garden might make me feel a bit better...?

Well, a pretty picture does, anyway. 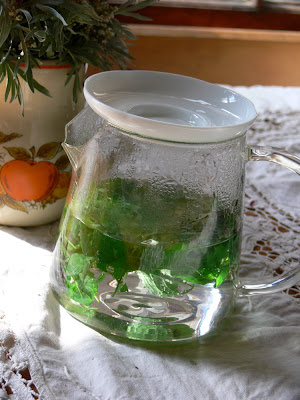 Hope you are having a more relaxing day than me. If not, surely a cup of tea will help. Go make one now.
Posted by Veri-Tea at 2:43 pm 2 comments: 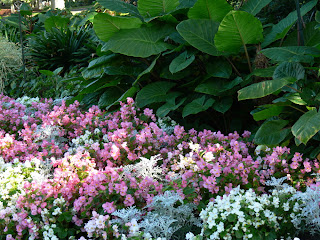 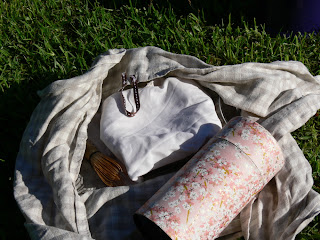 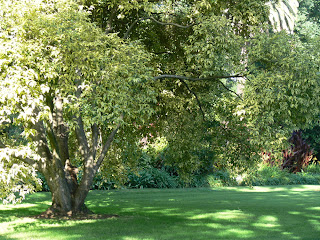 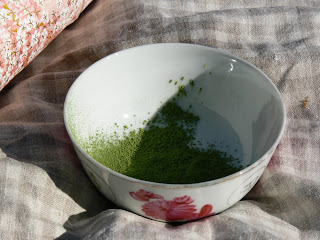 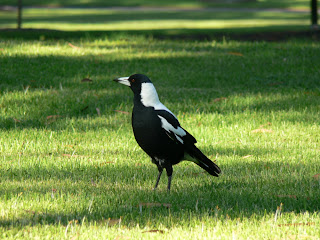 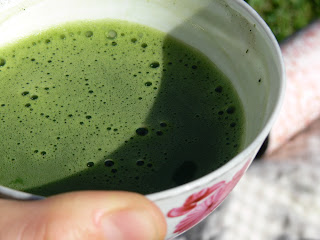 I took advantage of the sunny weather and an hour to myself this morning to take my tea outdoors in the Fitzroy Gardens. Just lovely.
Posted by Veri-Tea at 12:45 pm 2 comments:

Just following on from my previous post about Australian green tea, and whether it should be called sencha or not - Jackie, for example, seems to feel NOT - but what more exciting name than just 'Australian green tea' could be used instead?

For example: Oolong tea grown in New Zealand is called Zealong... Apparently the tea is very good but I am afraid the name doesn't really work for me; it just sounds kind of silly.

Moreover, what if there were more than one kind of tea being produced? For example, green tea grown in Australia but processed as for longjing, chun mee, bi luo chun? Clearly just calling the whole lot 'Australian green tea' wouldn't cut it - you would need to differentiate somehow. Would 'Australian XYZ-style tea' be adequate? I am a bit less sure now than I was when I wrote the previous post.

Email ThisBlogThis!Share to TwitterShare to FacebookShare to Pinterest
Labels: Australia, issues, thought of the day

Did you know that green tea is grown in Victoria, Australia? Yes indeedy, right in the Victorian Alps - Tawonga to be precise. The tea bushes at The Alpine Tea Co are the 'yabukita' strain, which is one of the most popular for sencha in Japan, and the leaves are processed as for sencha.*

I came across the company at the Collingwood Children's Farm farmers' market a few months ago and purchased some of their first (spring) harvest tea. I haven't tried the regular green tea yet, but I have been greatly enjoying the first harvest one (in fact am nearly out of it). 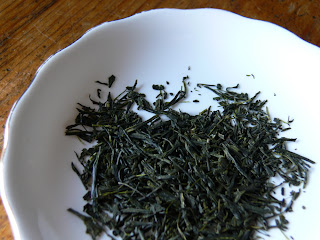 Sometimes I brew a smaller amount of leaf with low-temperature water, for about 2 minutes at a time (2-3 infusions),  sometimes with lots of leaf for very short infusions (30 secs or so) in boiling water. Either way it is delicious. There are unique flavours that I haven't come across in a Japanese sencha. The taste profile is similar - the roasty, savoury taste for example - but there are also at times fruity notes, even floral ones, and sometimes an extremely distinct smell & taste that I can only describe as 'fresh dairy cream'. In some ways this tea makes me think more of an oolong than a sencha. I guess this is the effect of terroir at work.

The Alpine Tea Co teas are very reasonably priced too, and I am thinking that at $50-$65 a kilo a substantial purchase might not go amiss... especially at the rate I have been drinking sencha lately.


to ensure no direct comparison to Japanese Sencha (ours is not as strong), we prefer to call it Australian Green Tea.

What do you think about that? I know that green tea grown in China and processed as for sencha is sold labelled as such - I believe that this is because the Japanese tea industry alone simply can't meet the full market demand for sencha. I think that so long as it is also labelled with its country of origin and not purported to be Japanese that there is no harm in calling it 'sencha' as well, or 'sencha-style' - and that this even opens up the opportunity for people to celebrate more diverse flavours and taste profiles.

*I expect (though this is speculation on my part) that this production decision was at least partly influenced by the fact that sencha processing is almost entirely mechanised, from harvest to finish - given the high cost of labour in Australia, I imagine that a hand-plucked and processed tea would be beyond exorbitant in price.
Posted by Veri-Tea at 2:32 pm 4 comments: